What Parts Of The Face Does A Facelift Correct? 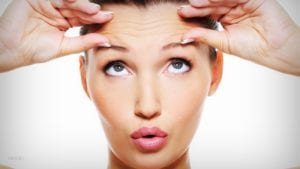 After years of sun exposure, the ups and downs of life, or just thanks to genetics, our faces start to show signs of aging. Crow’s feet, marionette lines, laugh lines, and sagging jowls are some of the most common issues men and women in Huntington Beach face. But will a facelift address all of the signs of aging on your face? Keep reading to learn more about a facelift, what areas of the face it will address, and what you can do to accomplish an overall facial rejuvenation by Dr. Vu at California Aesthetic Center.

When Dr. Vu performs facelift procedures in his Huntington Beach clinic, his goal is to reduce visible signs of aging on the face and neck, including:

This facelift procedure works on a smaller portion of the face as compared to a traditional facelift. Because of this, the procedure is also less invasive and requires less time to recover. A mini facelift improves the appearance of loose skin on the neck and jowls.

This procedure takes about two hours, during which Dr. Vu will create an S-shaped incision in the sideburn, around the ear, and towards the bottom of the hairline. Dr. Vu will then remove the excess skin from the face and neck.

To perform a mid facelift, Dr. Vu will make tiny incisions inside the patient’s mouth and above the ear. To perform the procedure, he will use an endoscope to help him see the surgical area. Dr. Vu will also pull up the fat pads in the cheeks in order to tighten sagging skin.

An S-Lift facelift is performed on the lower third area of the face and is used to smooth the jowls as well as the neck. Dr. Vu uses an S-shaped incision and separates the skin from the tissue. He will then tighten the muscles beneath the tissue after the skin is lifted. This procedure involves smaller incisions, and therefore, a shorter recovery time.

I Want More Of My Face Addressed? Can That Be Done During My Facelift?

Because a facelift only addresses the skin on the lower two-thirds of the face, Dr. Vu often recommends his Huntington Beach patients have additional procedures performed during their facelift in order to maximize their results.

Dr. Vu has spent years in the Huntington Beach community providing amazing results through cosmetic surgery. His reputation as a gifted surgeon precedes him, and people travel from all over the United States to take advantage of his skill and expertise.

If the hands of time have left their mark on your face, call Dr. Vu today at (714) 848-1133 to book your initial facelift consultation.

Get your questions answered